In this weaving, the delicate imagery of lace asserts itself as equal to the metal gears of the pocket watch and, in doing so, speaks up for a generation of women who had little to no voice. While weaving these photographs I was thinking about this older generation, but couldn’t help thinking about my future grand daughter’s generation as well. What will it feel like when I’m a grandmother telling my grand daughter about the women’s marches and how it took women 220 years to finally assert themselves as fully equal and make no concessions? In this way, the lace is me, too. 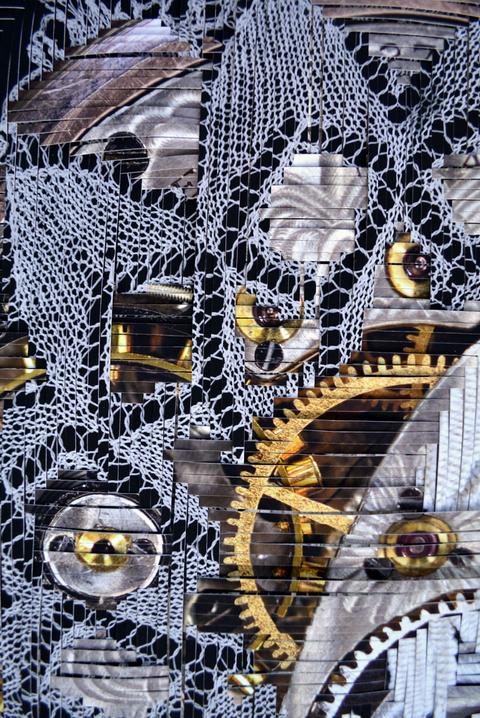 The pocket-watch depicted in this weaving was manufactured in the USA in 1912, toward the end of the women’s suffrage movement. It’s easy to forget how long, in fact, that movement was. As early as 1800 women were organizing and picketing for the right to vote. An amendment to the constitution wasn’t introduced to Congress until 1878, and it wasn’t until 1920 that the amendment was finally ratified. It took 120 years for a dream to become a reality and many of the early supporters didn’t even live long enough to see this history pan out. It is this slow incremental ticking of progress that history moves by, like an hour hand moving invisibly slow. 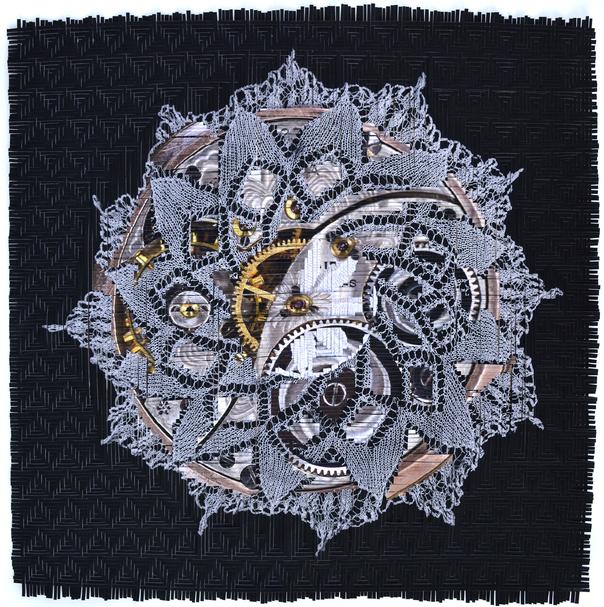 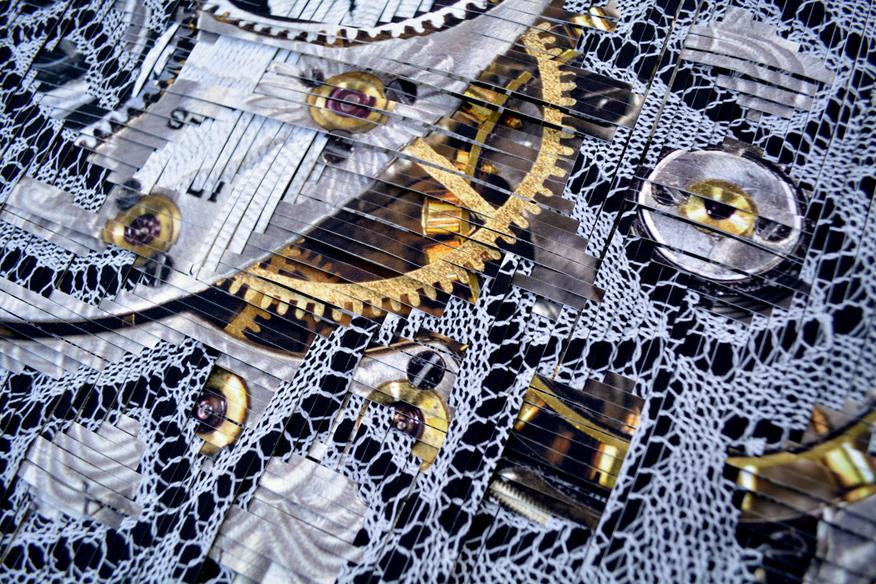